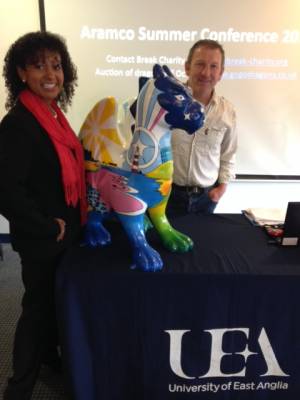 Rachel Blackburn was pleased to be a keynote speaker at the Aramco Summer Conference 2015 at the University of East Anglia.

Her keynote speech focused on Making the Most of Networking for a Successful and Fulfilling Career, and was delivered to delegates from Aramco, Saudi Arabia, amongst others.

She was joined by Michael Rooney, Fundraising Manager for BREAK charity, who explained the importance of the GoGoDragons project in Norwich as part of the fundraising for his charity, which supports vulnerable children, young people and families across East Anglia.