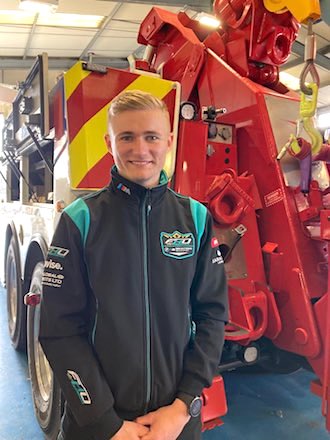 We are very pleased to be helping our long-standing client, Thetford-based Boniface Engineering, celebrate 40 years of engineering excellence in 2022, having been established by Mike Boniface in 1982.

Our latest project supporting this milestone year has been to script and produce a series of video interviews with Boniface-sponsored professional British Superbike racer Ryan Vickers (pictured), who is also from Thetford.

The interview series saw us sit down with Ryan at Boniface's workshop to discuss the different stages of his career and life as a professional sportsman and Bennetts British Superbike racer - as well as how sponsorship from Boniface Engineering has helped him in his career.

We have produced an engaging three-part series of video interviews along with a number of short interview clips, which will be featured on the Boniface website and across their social media across the British Superbike season, which runs from April to October 2022.

Watch the first part of the interview series below and contact us to find out how US2U Consulting can produce engaging video content for your organisation.

© US2U Consulting 2022  |  US2U Consulting is a boutique management consultancy based in Norwich, Norfolk working with clients across the UK in the engineering, retail, technology, pharmaceutical, education, finance, food and property sectors. We work hard to make a positive difference to their future success through people development, training and mentoring.