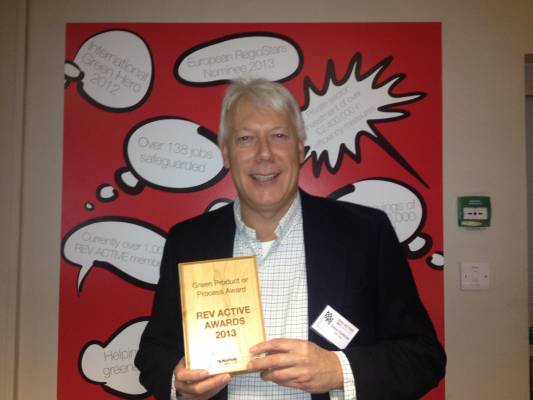 We were proud to attend the Rev Active Awards ceremony with Simon Callender, Director of ABC Taxis, as he was presented with the award as the winner of the Green Product or Process Award.

US2U Consulting brought Rev Active and ABC Taxis together to achieve the environmental goals that we had agreed as part of the ABC Taxis strategic business plan. Established in Norwich in 1994, ABC Taxis received REV ACTIVE grant support to invest in eco‐cars, significantly reducing their carbon footprint and dramatically reducing costs. ABC have gone further though, acting as champions for low carbon business, encouraging their own customers and rebranding themselves from “ABC Taxis: Going to Gold” to “ABC Taxis: Going Greener”. The Company has launched a new low-carbon product and successfully differentiated itself in a competitive market through its exemplary green credentials.