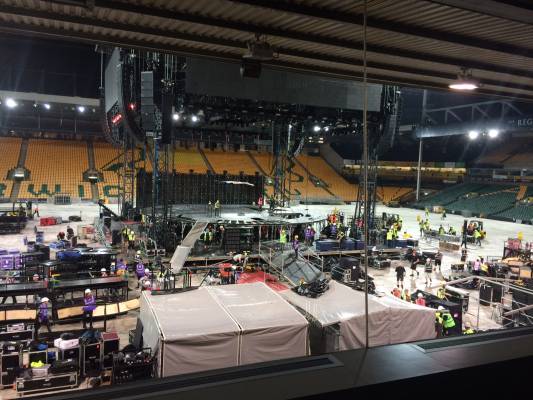 Aside from a brilliant gig there was another point of interest for us, which came after most people had already headed for the exits...

We stayed behind to catch a glimpse of some of the backstage team - which included 30 lorries and over 270 people - to watch their well-drilled packing up routine.

This was a great example of teamwork and precision, with each individual working under intense time pressure and knowing their exact role, along with distinct teams of people working effectively alongside each other to ensure the gear could soon hit the road for Take That's night date. Watch a clip of what we saw below!